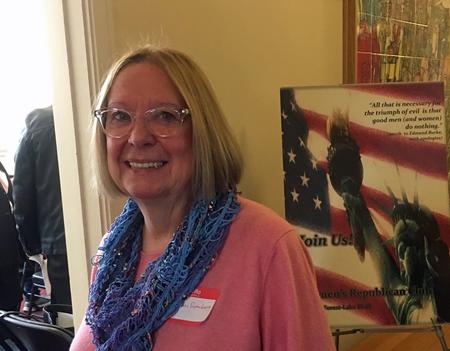 All that is necessary for the triumph of evil is that good men do nothing.

The Women’s Republican Club of Lake Forest-Lake Bluff was founded in 1941 and is the longest continually operating political organization of its kind in the area. The WRC exists to assist local, state and national Republican candidates win elective office; to assist elected Republican officeholders with constituent interface and to educate all voters on issues important to the maintenance of our Constitutional republic and the social and economic vitality of Illinois and our local communities.

Consistent with the written Illinois and National GOP platforms, the WRC supports reverence for the United States Constitution and the rule of law, and the traditional, American values protecting human life, personal liberty and responsibility, and the pursuit of happiness in any lawful sphere of endeavor.

We understand that good Republicans—both voters and candidates and to sometimes widely varying degrees—do not necessarily always agree on how to implement the ideals in these GOP platforms.  We agree with Ronald Reagan, who famously said that the person who agrees with you 80% of the time is a friend, not a 20% traitor.  If you agree with 80% of the GOP platform, you’re a friend.  What’s more, you’re a Republican!